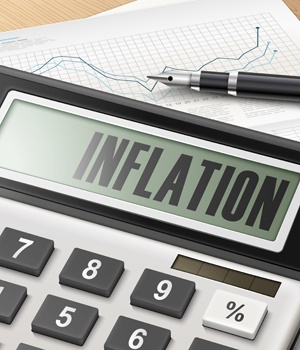 Johannesburg – Inflation eased to 4.6% in November, but this signals weak domestic demand, according to an analyst.

Statistics South Africa on Wednesday released the consumer price inflation data for November, which came in lower than the market expectation of 4.7%. On average prices increased 0.1% from October.

Goods inflation fell from an annual rate of 4.1% in October to 3.7% in November, and services inflation remained at 5.5% from October. Core inflation also eased from 4.5% to 4.4%.

FNB senior economic analyst Jason Muscat said that the lower inflation reflected the weak domestic demand. Expectations are that inflation will remain in the Reserve Bank’s target band between 3% and 6%. He added that rates are expected to remain flat throughout most of 2018.

Investec economist Kamilla Kaplan noted that upside risks to inflation include the rand, global monetary policy and the outcome for electricity tariffs to be announced by the National Energy Regulator of South Africa (Nersa) on Friday.

Kaplan said that the main influencing factor on inflation was the lower fuel price increase in October. Particularly the relief in the transport sector, which softened from an annual rate 4.5% in October to 4.4%, could turnaround given higher oil prices, said Muscat.

Meat inflation particularly moderated from the annual rate of 15.5% reported in October to 14.9%. This suggests that meat inflation has peaked, explained Muscat. 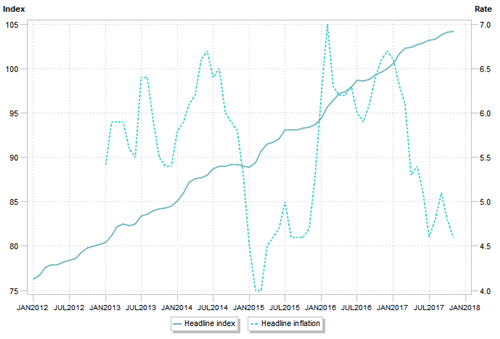