Food producer prices eased in September on the back improved production 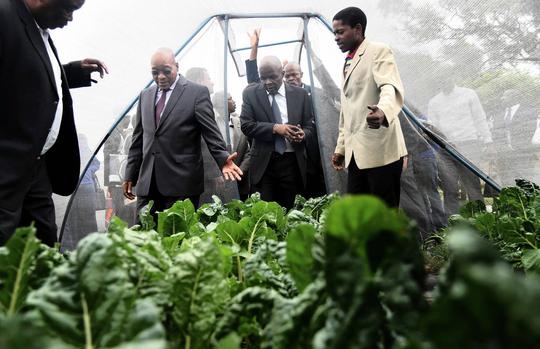 This could potentially push consumer inflation upwards as there is a direct link between an increase in production costs and the price paid by the final consumer. Should this materialise, the Reserve Bank is likely to hold off on an interest rate cut when it meets in the next three weeks. PPI for final manufactured goods increased from 4.2% year-on-year (y/y) in August 2017 to 5.2% y/y in September 2017, its highest level in six months on the back of increasing fuel prices.

However, the food producer inflation decreased from 1.9% y/y in August 2017 to 1.3% y/y in September of the same year. This broad deceleration in food producer inflation is due to the recovery in agricultural production, specially the recovery in the summer crop harvest during the 2016/17 season as well as improving slaughtering activity in cattle and sheep. Unlike in previous months, where the food PPI deceleration trend was mainly driven by a decline in field crop and dairy prices, the September 2017 food PPI deceleration was broad-based, with the exception of dairy and bakery products, which remained constant at 1.7% and inched up to  0.3% from the previous month, respectively.

Meat and meat products producer price inflation, which has been the key driver of headline consumer inflation for some time, eased slightly from 16.8% y/y in the previous month to 16.5% y/y in September 2017. This is an indication that we should expect meat inflation to decrease in the coming months, provided the spread of avian influenza does not remain a major concern as this has so far largely affected layers for egg production.

While producer inflation in most food products across categories decelerated from August 2017 levels, producer prices of bakery products increased to 0.3% y/y in September 2017. This can be attributed to tight wheat supplies in the domestic and global markets as South Africa is a net importer of wheat. The weaker rand against the US dollar has also made wheat imports expensive. As per data recently by the Crop Estimates Committee (CEC), the domestic commercial production of wheat is expected to be 1.66 million tons, which is 13.3% or 254 750 tons lower compared to the previous season. This is mainly due to the continuing drought in the Western Cape, which is the main wheat-producing province.

What does the declining food PPI mean for South African consumers?

The producer price index data is widely considered as a leading indicator of inflationary pressures within the economy. The food PPI decline witnessed in September 2017 will have an effect on food inflation, which decelerated from 5.7% y/y in August to 5.5% y/y in September 2017. The declining food PPI will likely result in further decreasing consumer food inflation in the next couple of months. However, this week’s fuel price increase might exert some downward pressure on food inflation in the short term.

The underlying message appears to be that pipeline food inflationary pressures remain quite weak, as the PPI for food has been declining over the past couple of months. When the PPI of an economy is rising strongly, it tends to result in future inflation in the prices of consumer goods, which negatively affects consumers’ purchasing power.

Notwithstanding the avian influenza, a large agricultural output and positive prospects for the new summer crop season will keep commodity prices under pressure over the short-to-medium term, which should contain food products’ inflation at relatively lower levels. In a country where a sizeable portion of the population is still food insecure, not due to food availability but largely due to a lack of purchasing power, food producer deflation is very good news, especially to lower income earners.

However, rising bakery producer prices, especially with bread which is the main source of food for most South Africans, will no doubt put a damper on the good news of overall food price deflation. Developments around the impact of the drought in the Western Cape and limited global wheat supplies remain a key risk to bread prices.

Tebogo Mashabela is an Agricultural Economist by profession currently working at the Land Bank.