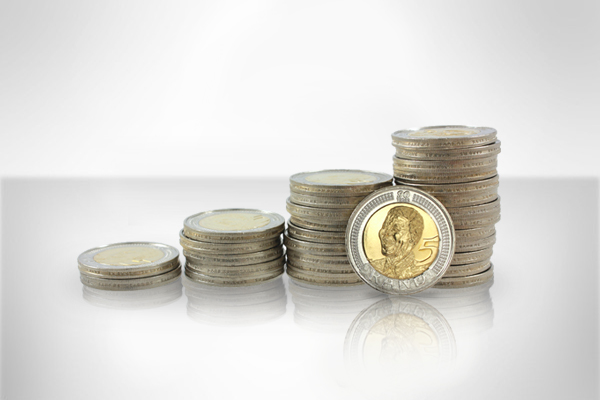 While cash-strapped South Africans have been hit hard by the weak economy in general, they have also been dealt a blow with a number of products seeing prices increases well above inflation.

This is according to a new StatsSA report which focused on price changes of more than the inflation rate of 6%, between August 2016 and August 2017.

One of the most noticeable increases was meat, Stats SA said, which saw its annual inflation rate climb to 15% in August 2017 – the highest it has been since December 2011.

A beef fillet would have set you back R194 per kilogram, up from R173 in August last year. Over the same period the average price of a kilogram of beef mince rose by 13.2% (from R68 to R77), and the annual inflation rate for mutton loin chops was 17%.

StatsSA said that this price increase was likely due to the severe drought which impacted a large part of the country.

“When a severe drought strikes, meat prices tend to go through two distinct phases,” it said. “Initially, farmers flood the market with herds that they can no longer sustain, stabilising the price of meat (and in some cases, driving prices down).”

“This reprieve is short-lived, however. As a drought wanes and recovery begins, it takes a while for farmers to rebuild their herds. During this time, prices go up as supply is unable to meet demand.”

Apart from meat, there were three other food and drink items with prices above-target inflation in August 2017.

However, the biggest riser was package holidays (including travel and accommodation deals in South Africa) which rose by 24.4%.

According to StatsSA this steep increase is due to the fact that these prices are relatively volatile to begin with, and were based off a low base in August 2016. 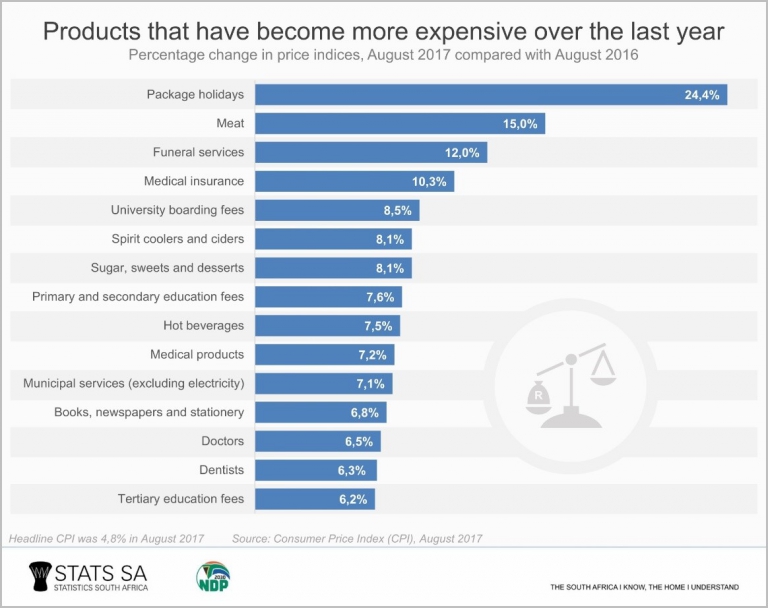