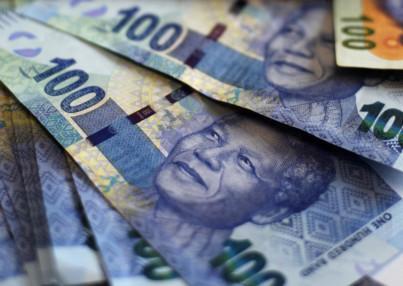 JOHANNESBURG – Statistics South Africa (StatsSA)  said on Wednesday that consumer prices (CPI) inflation in South Africa inched up 4.8% year on year in August from a two-year low of 4.6% recorded in July, but the uptick in inflation did little to dampen expectations of a further rate cut by the Reserve Bank today (Thursday).

The latest  CPI print was below market expectations of 4.9%. The stats agency said transport prices rose faster in the period with fuel prices on average increased by 0.1% between July and August, while food cost increased the least since November of 2015.

However, South Africa’s annual core inflation rate, which excludes the cost of food, non-alcoholic beverages, petrol and energy fell to 4.6 percent in August from 4.7% in July, reaching the lowest since August of 2012.

John Ashbourne, an Africa economist at Capital Economist, on Wednesday said that inflation had been easing since late 2016 as the effects of last year’s drought faded and that this trend would  remain in place for the duration of this year and into early 2018.

“We doubt that the slight pick-up in inflation will prevent the SA Reserve Bank from cutting its key interest rate tomorrow. We expect that the key rate will be cut from 6.75% to 6.5%.”

“While governor Lesetja Kganyago has stressed that the loosening cycle will be gradual and data dependent, today’s very mild increase in inflation is unlikely to worry the traditionally inflation-averse institution,” Ashbourne said.

In July, the central bank cut its benchmark repo rate by 25 basis points (bps) for a first time in five years, with the bank’s Monetary Policy Committee (MPC) attributing the cut to the improved inflation outlook.

The decision was not unanimous, with four members MPC preferring a reduction to two members taking a stance for rates to stay unchanged.  The central bank also said it forecast inflation as staying within the 3% to 6% target band until 2019.

“We expect CPI inflation to end 2017 at 4.5%, possibly even drifting slightly lower into early 2018. Inflation is expected to move largely sideways through 2018 to end the year at 4.7%, thus, from an average inflation of 6.8% in 2016 to an expected 5.3% in 2017 and 4.7% in 2018,” Els said. Data from Stats SA also indicated that bread and cereal prices shifted into deflation.  This is bread and cereal inflation dropped from 17.4 percent in December 2016 into outright deflation of 1.2% on an annual basis in August and with South Africa’s maize crop set to double last year’s harvest, high crop yields are also keeping prices low.

However,  meat prices, which account for more than a third of the food basket, were currently 15% higher than a year ago.

Sanisha Packirisamy, an economist at the Momentum Investments, said on Wednesday that previously; farmers were rebuilding herds, following a high slaughtering rate in the previous season given the drought-inflicted rise in feed costs

“More recently the rate of slaughtering has increased, suggesting we are nearing the peak in meat prices. Avian flu outbreaks in the poultry industry may also be influencing rising meat prices. Chicken accounts for 14% of the overall food basket, while beef holds an 8% share, followed by pork and lamb, which together account for 5%,” Packirisamy said.