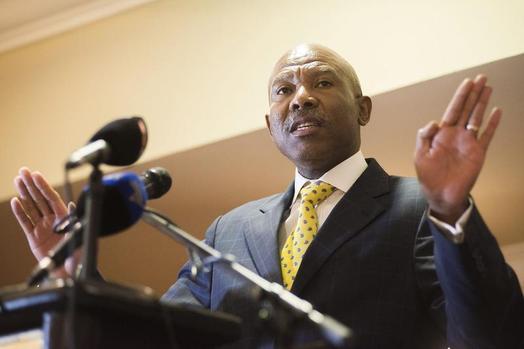 The South African economy recorded positive growth during the second quarter of 2017 following two consecutive quarters of contraction. Growth prospects, however remain subdued as domestic fixed investment contracted further amid low business confidence. The inflation forecast has increased marginally since the previous meeting of the MPC, with increased uncertainty regarding a number of the main drivers.

The global economy is on a recovery path. Inflation has moderated in the emerging economies and remains benign in most advanced economies. The FOMC statement yesterday confirmed the gradual pace of reduction of its balance sheet and normalisation of its policy rate. Along with continued accommodative policies by the ECB, this is expected to contribute to the continuation of favourable prospects for capital flows to emerging economies.

The year-on-year inflation rate as measured by the consumer price index (CPI) for all urban areas increased to 4.8% in August, up from 4.6% previously, marginally below the Bank’s short-term forecast. Food and non-alcoholic beverage inflation surprised on the downside, moderating from 6.8% to 5.7%. Meat prices continued to accelerate in August, having measured 15.0%, but the lower cereal prices contributed to the slowing momentum. The Bank’s measure of core inflation, which excludes food, fuel and electricity, measured 4.7% in July and 4.6% in August in line with the short-term forecast.

Year-on-year producer price inflation for final manufactured goods declined from 4.0% in June to 3.6% in July. Food products price inflation moderated further, to 3.3% in July, but the divergent trend of manufactured meat prices continued with an increase of 17.8%. This trend was also evident in agricultural prices, where the subcategory of “live animals” increased by 31.7%, while “products of crops and horticulture” declined by 26.9%.

The main drivers of these changes are a lower repurchase rate, a less appreciated exchange rate assumption, a slightly narrower output gap and a marginal adjustment to the food price forecast as meat prices continue to surprise on the upside. Food price

inflation is forecast to reach a low turning point of 4.8% in the first quarter of 2018, and to average 7.3% in 2017, and 5.2% and 5.6% in 2018 and 2019. There may be some downside risk to this forecast in light of the August food inflation outcomes. The electricity tariff assumption remains unchanged at 8.0% from July next year, but there may be some upside risk to this assumption, given Eskom’s recent application to Nersa.

Inflation expectations as reflected in the survey conducted by the Bureau for Economic Research at Stellenbosch University in the third quarter of 2017 continue to be relatively anchored at the upper end of the target range. Despite a decline of 0.2 percentage points in the average expected inflation for 2017 to 5.7%, expectations remain unchanged at 5.8% and 5.9% for the next two years. Expectations of analysts and business people moderated – although the latter remain above the target range – while those of trade unionists increased marginally. A welcome development is that average 5-year inflation expectations declined from 5.9% to 5.6%. This is the lowest level recorded since long-term expectations were first surveyed in 2011. Expectations implicit in the difference between nominal bonds and inflation-linked bonds are more or less unchanged since the previous meeting, with the 5-year break-even rate at 5.2%.

Global conditions remain generally favourable despite some geopolitical risks. The upswing appears to be synchronised, with increased world trade volumes. Growth in the US is forecast to remain above potential in the short to medium term, with the devastation caused by the recent hurricanes expected to have only a limited and short- lived impact on growth. The improved growth performance in the euro area also appears  to  be  sustained  and  region-wide,  while  the  Japanese  economy  has experienced moderate growth in the past few quarters. By contrast, growth in the UK has slowed, following weak investment in the face of the Brexit headwinds. The outlook for emerging markets is also relatively positive amid generally improving fundamentals.

Despite the improved growth outlook, global inflation pressures remain benign, particularly in the advanced economies. These trends are likely to contribute to the persistence of accommodative monetary policy stances in Japan and the euro area, where the recent appreciation of the euro is likely to dampen inflation pressures further. As expected, the US Fed yesterday announced a gradual reduction of its balance sheet. The process had been communicated previously and was largely priced in by the financial markets. The pace of policy rate normalisation is also expected to remain measured, as inflation continues to surprise on the downside, despite tightening labour market conditions. The stance of US fiscal policy is a source of uncertainty. Although tax reductions could lead to a faster pace of monetary tightening, the prospect of significant tax reforms has receded over time.

The rand exchange rate traded in a range of between R13.54 and R12.74 since the previous meeting of the MPC, driven in part by movements in the major currencies. Over this period, the rand depreciated by 2.8% against the US dollar, by 6.2% against the euro, and by 4.5% on a trade-weighted basis. The rand remains sensitive to political developments, weak economic growth prospects and the risk of further sovereign ratings downgrades. However, it has been supported by persistent trade account surpluses and associated narrowing of the current account deficit.

The rand has also been supported by the relatively accommodative global monetary policy settings. These have contributed to sustained demand for high-yielding emerging market bonds. Net purchases by non-residents of South African government bonds have amounted to R(63) billion year to date. The domestic yield curve relative to other peer emerging market economies remains attractive to non-residents despite a decline in the curve across all maturities. However, longer-term bond yields and the rand remain vulnerable to a large non-resident sell-off in the event of further credit ratings downgrades resulting in South Africa falling out of the global bond indices.

The domestic economic growth outlook remains constrained despite the higher-than- expected growth outcome of 2.5% in the second quarter of this year. This broad-based improvement, while welcome, is not expected to have a significant impact on the annual growth outcome. The Bank’s forecast for GDP growth for 2017 has been revised up marginally from 0.5% to 0.6%, while the forecasts for 2018 and 2019 have remained unchanged at 1.2% and 1.5%. This outlook is consistent with the Bank’s leading business cycle indicator which has been weakening since the beginning of the year, indicative of muted growth prospects. Business confidence also remains at very low levels, despite the slight improvement in the RMB/BER Business Confidence Index during the third quarter.

All the major sectors, apart from construction, recorded positive growth in the second quarter, with a particularly strong performance in the agricultural sector. The recovery in the manufacturing sector followed three successive quarterly contractions, while the tertiary sector reversed its one quarter contraction. The limited monthly data for the third quarter present a mixed picture at this stage. Mining sector output contracted in

July while manufacturing recorded positive growth. However, the Absa PMI has averaged 43.5 index points in the first two months of the quarter, suggesting continued headwinds for the sector.

The underlying weakness in the economy is evident in the 2.6% contraction in gross fixed capital formation during the second quarter. Of particular concern is the 6.9% decline in private sector fixed investment, reflecting the low levels of business confidence. This subdued outlook is expected to persist against a backdrop of continued political and policy uncertainty.

These investment trends do not bode well for employment creation in the economy. Total employment declined in the second quarter of 2017 and the unemployment rate remained unchanged at 27.7%. The public sector, previously the main source of employment growth in the economy, is likely to continue to shed jobs as fiscal constraints intensify.

Consumption expenditure by households rebounded strongly in the second quarter following the sizeable contraction in the previous quarter. Spending on all three major goods components recovered, but expenditure on services contracted. Despite the improved outcome, the outlook for consumption expenditure growth remains subdued, although positive, amid very low levels of consumer confidence. Month-on-month retail trade sales decreased in July, but motor vehicle sales remained relatively strong in July and August. The Bank expects household consumption growth to be in the region of 1% for this year.

In addition, growth in credit extension to the private sector has declined steadily over the past few months, as corporate demand for mortgage finance and general loans in particular moderated. Growth in credit extension to households remains weak and negative in real terms. These trends are also reflected in continued household deleveraging, with household debt to disposable income declining further to 72.6% in the second quarter, its lowest level since the beginning of 2006.

International oil prices have increased by about US$5 per barrel since the previous meeting, with Brent crude oil currently trading at around US$55 per barrel.

Nevertheless, the MPC does not expect a further sustained acceleration in prices as the flexibility of US shale oil production is expected to provide a ceiling to prices. The previous oil price assumptions therefore remain unchanged. The domestic price of 95 octane petrol has increased by a cumulative 86 cents per litre since August, mainly due to higher international product prices. A further moderate increase is expected in October.

The rand remains a key upside risk to the inflation outlook. Furthermore, some of the event risks, particularly those of a political nature, are now more imminent but with no greater degree of clarity regarding the outcome. The prospect of a further ratings downgrade persists, particularly given the increased fiscal challenges and political uncertainty. The narrower current account deficit and the global environment remain supportive of the rand. However, should inflation and/or growth surprise on the upside in Europe and in the US in particular, we could see a faster pace of monetary tightening, which could impact on capital flows and the rand exchange rate. At this stage, the markets appear to be pricing a high probability of an increase in the Federal funds rate in December, and three further increases next year.

A further upside risk relates to the possibility of a large electricity tariff increase than is currently assumed in our forecast from July next year. A tariff increase of 20% could raise the headline inflation forecast by between 0.2 and 0.3 percentage points, and the MPC will continue to assess the possible second round effects of these increases.

The MPC remains concerned that inflation expectations of business people and trade unions remains above or close to 6% for the next two years even though our own forecast and those of most analysts expect inflation to be much closer to 5%. Lower inflation expectations among key price setters is an important element in reducing inflation in the future, thus enabling lower nominal interest rates.

Until August, food price inflation had been moderating at a slower pace than expected, mainly due to the continued acceleration in meat prices. However, the August year- on-year outcome surprised significantly on the downside. Should this lower trajectory continue, there could be a downside risk to the food price forecast, and to the overall inflation outlook, particularly in the short term.

Although household consumption expenditure rebounded strongly in the second quarter, the MPC does not view this as indicative of the longer-term trend of expenditure, which is expected to remain constrained. The second quarter growth outcome, while positive, does not change our growth forecast significantly, and the outlook remains weak. The MPC assesses the risks to the revised growth forecast to be slightly on the downside.

Given the heightened uncertainties in the economy, the MPC felt it would be appropriate to maintain the current monetary policy stance at this stage, and reassess the data and the balance of risks at the next meeting.