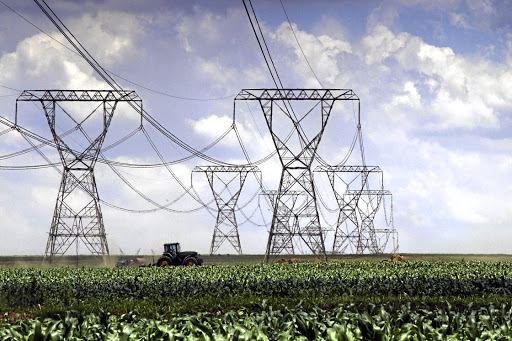 South Africa’s record maize crop of 16.41-million tons is likely to translate into some cheer for consumers, who are expected to benefit from lower food prices.

This would be further good news for consumers after the South African Reserve Bank surprised markets in July with an interest rate cut of 25 basis points.

This rare good news has raised the question of whether the noose that has been so tight around consumers’ necks may for the first time be loosening after nearly five years of subdued economic growth.

Wandile Sihlobo, head of the agribusiness research unit at the Agricultural Business Chamber, said this week that the relief for consumers from the bumper maize harvest was welcome, but warned it could be short-lived.

“It is unlikely to be broad. Meat prices will remain high and the benefits of the lower maize prices will be limited by other rising costs,” Sihlobo said.

For South Africans, it has been a long and difficult road, with little cheer coming from the economy.

Consumer confidence has been at an all-time low, buffeted by two consecutive seasons of drought, rising inflationary pressure, a volatile local currency, the downgrade of the economy to junk status by global ratings agencies and the slide into a technical recession in the first quarter.

John Cairns, a currency strategist at Rand Merchant Bank, said the local unit was likely to remain trapped in a range of between R12.80 and R13.30 against the dollar.

“For the moment it is looking quite happy within that range. Our forecast for year-end is R13.00 to the dollar. There’s still [a lot of] risk.

“We’ve got two US Federal Reserve meetings, the possible announcement of European Central Bank tapering, the rating reviews in November, the medium-term budget policy statement in October and the ANC conference in December,” he said.

Nicky Weimar, an economist at Nedbank Group Economic Unit, said it was too soon to conclude that South Africa was out of a technical recession, despite positive figures coming from agriculture, manufacturing, mining and domestic trade.

“For the anticipated bounce in second-quarter GDP to be meaningful, the economy will have to sustain growth in the quarters ahead.

For consumers, the benefits of the bumper maize harvest must cascade into their pockets – and result in savings – if it is to be meaningful.

Michelle Mokone, an agricultural economist at GrainSA, said the drop in food prices would be felt from this month.

“However, there is usually a time lag due to harvest progress which is still under way in some parts of the country. Therefore, lower food prices can be monitored between September 2017 towards the beginning of 2018,” she said.

“Maize meal is the first food purchased by the majority of South African households. Its price on supermarket shelves determines the money left over to buy all other essential foods,” it said in a recent report.

Wessel Lemmer, senior agricultural economist at Absa, said the price of feed had also fallen – a direct consequence of the maize surplus – and provided room for expansion into other intensive livestock industry segments such as pork and poultry.

“However, the lower feed prices resulted in high prices of weaner cattle due to the decreased supply after the drought. Consequently, feedlot margins are under pressure because consumers cannot pay more for weaner cattle as price increases for beef are limited,” Lemmer said.

The decline in food prices set off by the maize surplus has already resulted in a 60% decline in maize prices over the last 18 months to under R2000 per ton from a peak in January last year of R5280 per ton.

Sihlobo said the low maize prices were likely to persist until after the first quarter of 2018.

Ian Cruickshanks, chief economist at the Institute of Race Relations, said the surplus maize crop would only give the economy a boost for the next 24 months and not in the long term, pointing out that the ready benefits would be enjoyed by consumers and not farmers, who would not benefit from the lower maize prices.

“Yes, there is more to sell but at less than half the price,” he said.

“I don’t think it will be a boom for the agricultural sector. It will improve liquidity undoubtedly.

“You’ll find a lot of farmers will be paying off loans, buying new tractors. There is an impact on earnings, but once again it’s a question of price and volumes.”