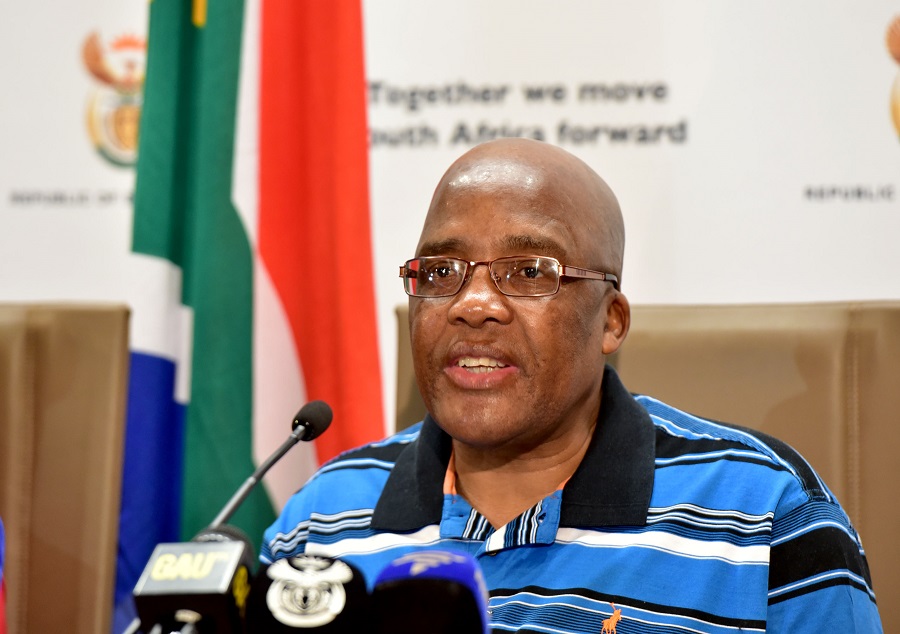 Tiger Brands, SA’s biggest consumer foods company, was reeling on Sunday with the source of a listeriosis outbreak traced to its Enterprise meat factory in Polokwane, amid accusations that it had not followed proper food-safety procedures.

Altogether 180 people have died, with almost 1,000 cases confirmed since listeriosis was first detected in January 2017.

The discovery was announced by Health Minister Aaron Motsoaledi on Sunday. Tiger Brands was informed earlier in the day.

The finding has triggered a large recall of all Enterprise ready-to-eat cold meat products as well as polony products produced by RCL, after an unidentified strain of listeriosis was found at its Free State factory.

Dr Juno Thomas, head of the Centre for Enteric Diseases at the National Institute for Communicable Diseases, said that the “food-safety programme in place [at the Enterprise Polokwane factory] is insufficient for the type of risk posed by the type of food they produce. They do a little testing but it is not sufficient.”

We have suspended operations at both Enterprise manufacturing facilities in Polokwane and Germiston and have halted supply to trade
Lawrence MacDougall, Tiger Brands CEO

Tiger Brands spokeswoman Nevashnee Naicker denied the claims that safety measure were inadequate, saying that “stringent monitoring and testing protocols, including for the detection and management of pathogens, viruses and bacteria, including listeria” were in place.

“We are being extra vigilant and cautious as consumer safety remains our highest priority and therefore immediate action is being taken.

“Additionally, we have suspended operations at both Enterprise manufacturing facilities in Polokwane and Germiston and have halted supply to trade,” MacDougall said.

Tiger Brands had to recall its range of Tastic Simply Delicious sauces and ready-to-eat rices in 2014 after some products tested positive for traces of banned carcinogenic colourants, including the industrial dye Sudan 1.

RCL Foods said its Wolwehoek processing plant had taken the precautionary step of suspending all production of Rainbow polony and was recalling all Rainbow polony products, although results of tests on its polony were pending and the specific strain of the pathogen responsible for the outbreak had not been traced specifically to the Wolwehoek facility.

However, Motsoaledi said that more than 10% of samples from the Wolwehoek facility had tested positive for listeria.

Uncooked processed meat has frequently been linked to listeria outbreaks around the world. Listeria is a bacterium found in soil and water and can cause food-borne disease when it contaminates food.

The source of the recent Listeriosis outbreak in the country has been found. Here is what we know so far.

It thrives in fridges and is killed by cooking.

Scientists were led to the Enterprise Food factory after five children were admitted with food poisoning at Chris Hani Baragwanath Hospital from a crèche that had served Enterprise polony and Rainbow Chicken polony. The polony tested positive for Listeria monocytogenes ST6. The strain of listeria found in a second Enterprise processed meat factory in Germiston was still being identified, Thomas said.

Anthony Clark, an analyst at Vunani Securities, said the products being recalled were a small part of a “huge food business” and would not have a dramatic effect on the revenue line of either company.

Perishables accounted for just 1.7% of Tiger Brands’s domestic food business, which was worth R24bn.

Clark said that the way Tiger Brands and RCL Foods handled the situation in terms of consumer communication, recall and support for the victims and ill people would influence how quickly they recovered from the crisis. 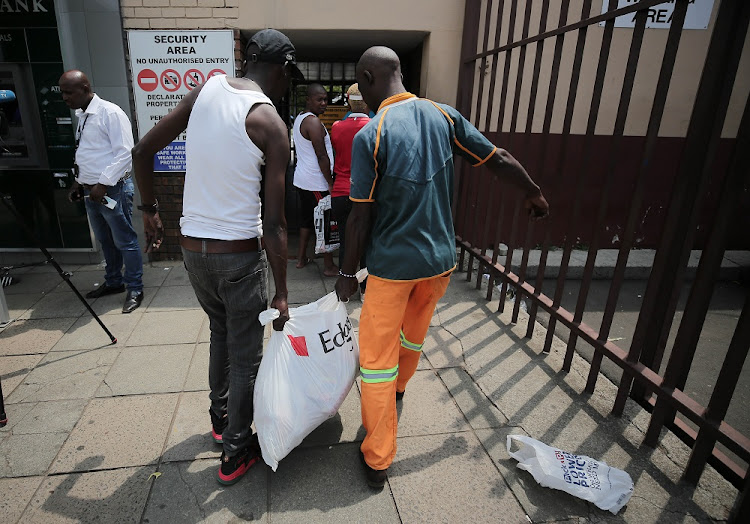 “In the short term, there will be a financial impact, one in terms of their share price tomorrow [Monday] … and then the cost of putting this right in cleaning up the factory … having a trusted brand that people have been buying for years taken off the shelf.”

Clark said: “Will the consumer trust that brand again, when the situation has been put right?”

Lionel October, Department of Trade and Industry director-general, said that there had to have been a drop in the standards in food testing by these companies.

“It is clear there was a break in the procedures of testing and quality,” October said.

Retailers acted swiftly. Shoprite and Pick n Pay announced that they had withdrawn the products.

One of the reasons it is so hard to find is because‚ even in solid food‚ a scientist may sample the infected food and not find it.
For example‚ a slice of polony could be tested and have none of the micro-organism, but a different slice could have it.

Anelich said: “A micro-organism in a solid food is not homogenously distributed throughout food. A statistical sampling technique has to be used to ensure it is detected.” 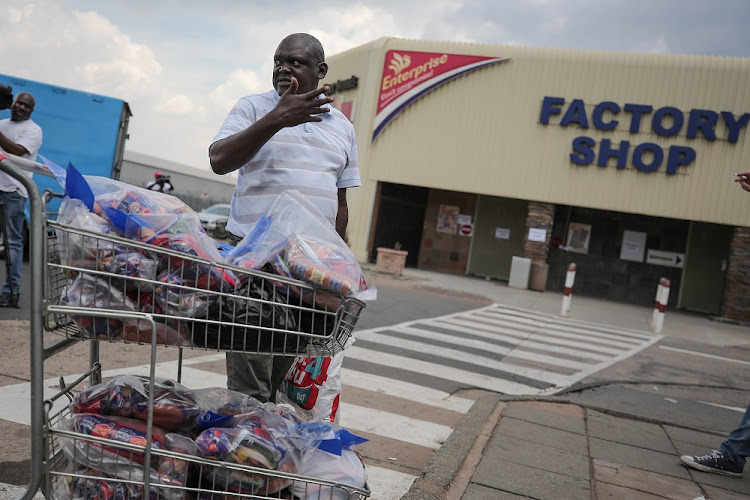 It is also difficult to find in factories. Anelich said it could hide away in niches in the factory environment in cracks or bad joints and pipes.

Even if you sanitised a factory‚ you might miss the bugs hiding in cracks‚ she said.

Listeria bacteria can sense when it is near other bacteria and secrete a sugary goo. This substance is called a biofilm and can allow the bacteria to live on inanimate surfaces.

The biofilm protects the bacteria from cleaning agents. “A detergent could get superficial cells but leave behind some bacteria.”

Motsoaledi said that people at risk such as pregnant women‚ those with HIV and those with weakened immune systems had to avoid all ready-to-eat products such as viennas‚ polony and frankfurters. Such products could be cross-contaminated in shops as they are often stored next to polony.

A Rainbow Chicken factory in Wolwerhoek in Sasolburg also tested positive for listeria monocytogenes — but it was not the strain causing this current outbreak.

The polony from Rainbow Chicken has also been recalled.

Shortly after the media conference‚ Pick n Pay tweeted that it had begun removing “the products that may be linked to the listeriosis outbreak” from its stores.

“Customers who bought any Enterprise product (including Bokkie‚ Renown‚ Lifestyle‚ Mieliekip) or any Rainbow ready-to-eat products‚ such as polony or Russians‚ can return the product for a full refund.”

And later Checkers did the same: “We are taking swift action to remove products named by the Health Ministry as sources of listeria.

“You are most welcome to return any Enterprise Foods and Rainbow Chicken cold meat products for a refund.”

Enterprise  issued a statement on Sunday saying the company had “proactively amplified” its testing for listeria and could confirm that it found a “low detection” of a strain of listeria in some of its products on February 14.

But‚ the company said “the presence of the ST6 strain has not been confirmed by our tests”.

“We have sent samples to an external laboratory to test for the strain and should receive the results tomorrow (Monday).

“We have been actively engaging the department of health and the NICD on our findings and have openly collaborated with them.

“We await confirmation of the strain.… In the meantime‚ we reaffirm our commitment to recall the identified Enterprise products as soon as possible.”