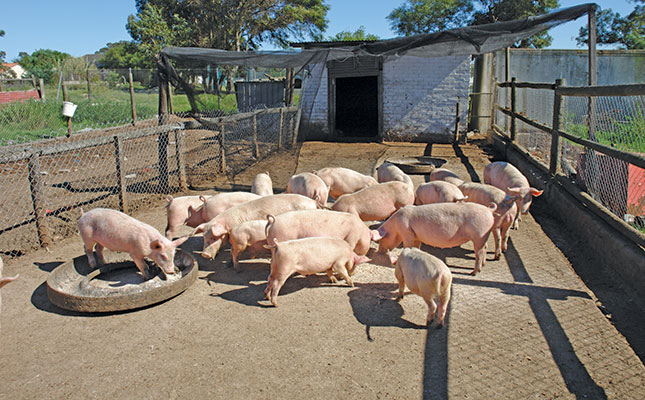 The online trading platform, Trigga Trader, is disrupting the way in which pork is sold by enabling farmers to sell their produce to the highest bidder. Walter Frey, the founder of Trigga Trader, spoke to Glenneis Kriel about the advantages the platform offers to both buyers and sellers.

Walter Frey has set trends throughout his business career. In the late 1980s, after opening
a butchery, Frey’s Meats at Cato Ridge near Durban, he discovered that there was a hierarchy at the Abakor abattoir, as government controlled and ran auctions.

“These auctions drew over 200 participants at a time, and I was made to understand that I was very low in the pecking order, so had to wait for my allocated turn before placing a bid,” he recalls.

To overcome this problem, he started buying cattle on auction, and negotiated what became the first contract slaughter agreement signed with Abakor.

“Up until the early 1990s, all carcasses were sold via auction, so you had to bid for carcasses even if you’d supplied the livestock to the abattoir. The whole system changed five years after I successfully implemented contract slaughter, precipitating the demise of the Meat Board. Abakor later became the first government enterprise to be privatised after the 1994 elections,” he says.

From beef to pork
At about the same time, Frey moved into pig processing, but had trouble getting hold of pork.

“The industry was dominated by a couple of big processors, so farmers were afraid of losing quota contracts if they supplied smaller players,” he says.

“All the major buyers required boars to be castrated within a week after birth to prevent boar taint. But the problem only develops after 21 weeks, so I agreed to take uncastrated male pigs before this age.

“Producers liked this, because it helped to simplify on-farm management practices. Young boars also grow quicker and grade better than castrates and gilts.”

In addition, unlike the big players, he did not penalise farmers who sold him pigs weighing more than 65kg.

“Genetics and feeding regimes were improving, so farmers were able to produce bigger pigs that were still grading as Ps and Os, and considered lean,” he says.

Going online
Frey’s latest disruption to the industry is an online pork auctioning platform called Trigga Trader. Launched in 2016, it was born out of his frustration with farmers and buyers constantly being at odds over a fair market price.

“It seemed as if neither party was ever satisfied with what we paid. So I developed an online auction platform where they could create a fair exchange with all buyers and all sellers being able to participate, and where both parties could see what other farmers and buyers were realising or paying for their pigs.”

The solution
To participate in auctions on the platform, farmers and buyers register on email. Each farmer lists a group of pigs together with sales conditions.

The group typically ranges from 50 to 250 animals, depending on the size of the farming operation and the available transport. The animals are normally delivered for free within a certain range of the farm, with delivery costs being charged only if this range is exceeded.

Farmers state the average weight, age and quality of the pigs before the auction takes place to give buyers an idea of what they are bidding for.

“Where producers in the past used to group all their pigs together, a number of them are starting to select for weight ranges and guaranteeing grading percentages to add value to their lots,” says Frey.

The auctions take place every Thursday from 9am. A reserve price is set, based on the previous week’s selling price, less 10% as a minimum bid price, after which buyers are able to bid for the lots.

Bidders have 30 seconds to react to a new bid or the deal is closed.

Trigga manages the payments and any disputes that may arise from the transactions.

“Producers are remunerated within a week after the pigs are sold, and plans are in the pipeline for a solution that will enable earlier as well as later payments at a premium,” explains Frey.

Benefits
The exchange is democratising the pork industry, enabling small-scale and emerging farmers, and small processors and butcheries, to participate. It is also introducing transparency by allowing farmers and buyers to access historic selling price data so they can make more informed sales decisions.

“Most of our suppliers have other markets in addition to Trigga, so they list a portion of their pigs on the platform,” explains Frey.

“Hence, the number of listings is generally higher when there’s an abundance of pork in the market, which usually translates into a lower price, whereas the opposite is true when there’s a shortage.

“Prices can be up to 30% higher than the rest of the market pricing when there are shortages.”

Frey is in the process of upgrading the exchange’s software to allow public access to the domain, with the ultimate intention of sharing sales information with participants willing to share their information.

“The idea is to gain a holistic view on historical pricing realised on and outside of the exchange,” he says.

Teething problems
Inevitably, Frey and his team have faced challenges along the way. The first came right after the launch: the platform simply struggled to gain traction.

Frey consulted a professor of software development at Harvard University in the US, who advised him to charge one party the full 3% commission, rather than charging buyers and farmers 1,5% commission each.

It turned out that the farmers were happy to pick up the tab, as they were accustomed to paying auction commission at livestock auctions, but Frey decided to charge the buyers instead.

“The platform won’t work without pigs, so by charging the buyers rather than the sellers, we’re [encouraging] producers to list their pigs on the platform,” he says.

Circumvention was another challenge. Frey discovered that some buyers and sellers met one another through the exchange and then took their business offline.

To address this issue, he allowed farmers to list all their pigs online every week. Current customers are given the option to bid a price the day before the auction, which became the reserve price.

“The understanding is that customers will be able to buy the pigs commission-free if Trigga is unable to beat this price,” he says.

Sales have grown significantly over the past year, with the platform turning into a “saviour for many producers” who lost access to markets in 2018 when various buyers downscaled purchases due to the listeria outbreak.

This year, the platform has 200 registered buyers and sellers, of whom 36 are active participants and about 33 are sellers. Sales volumes average 4 000 pigs a week, which represents approximately 8% of South Africa’s total weekly market volume.

Frey is currently upgrading the platform in an effort to grow participation to at least 10%.

He is also looking into selling futures contracts, as is done with soya bean and maize contracts on the Johannesburg Stock Exchange, if the market has an appetite for this, in order to allow buyers and sellers to diversify their market risks. The contracts will only be available through physical sales.