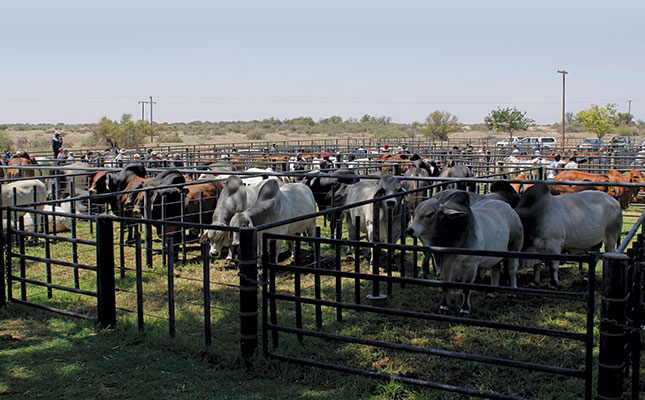 In an attempt to curb the spread of the latest foot-and-mouth disease (FMD) outbreak, the Department of Agriculture, Land Reform and Rural Development (agriculture department) has called on role players in Limpopo, North West, Gauteng and Mpumalanga to adhere to safety protocols.

Dr Botlhe Modisane, technical spokesperson on FMD at the agriculture department, confirmed that four more cases had been confirmed in feedlots in Limpopo within a 40km radius of the auction facility near Dendron where infected animals were initially traded.

“One or [more] infected cows were brought to that auction, we believe illegally from the controlled zone,” he told Farmer’s Weekly.

The disease was initially confirmed on a farm near Molemole.

Modisane said a flock of 500 sheep at one of the feedlots had also been exposed, and officials would attempt to dispose of the animals according to protocols to limit economic losses and the spread of the disease.

These included aging and chilling the meat for specified periods to prevent further spread of the disease.

FMD did not pose a danger to human health, but was economically damaging due to being highly contagious among cloven-hoofed animals.

Modisane said the department was requesting farmers to avoid gathering livestock together for auctions, shows or other activities, as well as to be on the lookout for clinical signs of the disease, and contact a veterinarian or animal health professional if necessary.

Although a ban had not yet been officially proclaimed, Modisane said livestock that came into contact with infected animals at the auction could easily have been transported to other provinces. This was why the department had announced a temporary ban in a statement last week, he said.

Van der Ryst said the department’s lack of monitoring of livestock movements after the outbreak was worrying, and expressed concern that roadblocks had been removed too soon in the Vembe district of Limpopo.

“The cause of this [latest] outbreak is uncertain,” he said.

“But the poor management of the previous outbreak could probably have provided an indication.”

The RPO said in a statement that while the organisation recognised the urgency of controlling the latest outbreak and its impact on the agricultural economy, it did not support banning auctions.

“In our opinion, stopping auctions over such a large area will not contribute to solving the problem, but aggravate it,” it said.

Malcolm Kock, a livestock auctioneer from Vryburg, said the implication of a ban had had a seriously negative impact on auctioneering businesses in North West, and his business was virtually at a standstill.

“This puts the entire livestock production industry under immense financial pressure. Drought-stricken farmers in North West are already struggling to survive and this could push many of them further [down] a financial abyss,” he said.

According to Modisane, government and industry members would be meeting on Monday afternoon to discuss the situation.

The outbreak was, however, believed to be under control, with only one farm still “a cause for concern” to the department, he added.