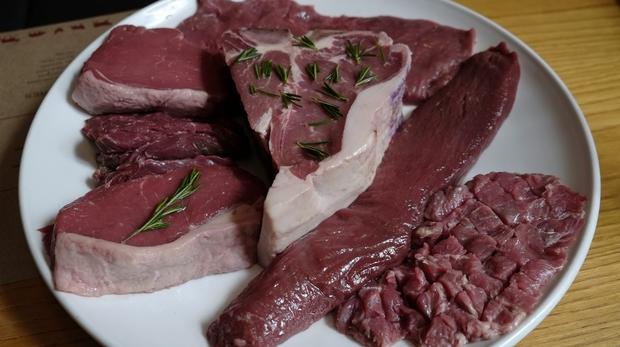 Cape Town – The sheep farming area of Beaufort West is suffering from extreme water shortages, and the government and agricultural experts have warned that the price of red meat is set to soar.

The Gamka Dam, the main source of drinking water for the more than 50 000 residents, has been empty since October last year. Twelve of the town’s 39 boreholes have run dry and reservoir capacity is running low.

Laubscher Coetzee, a farmer in the Karoo and Agri Western Cape representative in the region, said red meat prices were expected to skyrocket.

“The farmers have to cull their lambs because they don’t have enough food for the animals, and this means farmers have little left to farm and produce meat. The other problem is that baboons and other predators are targeting the lambs because they are easy prey. They kill and eat the sheep, which means there is even less to take to market.”

Agri Western Cape chairperson Carl Opperman said the drought affected the fodder production for ostriches and cattle. “The problem is that there is not enough rain.”

Economic Opportunities MEC Alan Winde said: “We see jobs being shed, and the biggest affected regions are the Central Karoo, where there has been little rain. We have made tons of fodder available to farmers, and the drought relief is also helping, but this also means there will probably be increased food prices, especially with Karoo lamb, which is one of our signature meat products.”

Beaufort West mayor Noel Constable said: “We have received water from organisations, and it has been distributed Our water storage is very low. The dam has run dry. We depend on boreholes, but not all are operational. The main source of our water is the water treatment plant, but it has to be balanced out and we have to ensure there is enough water in the system. If we lose all our water, we will have to work with distributed bottled water.”

James-Brent Styan, spokesperson for Local Government MEC Anton Bredell, said the provincial government would continue to work with municipalities in the Karoo.