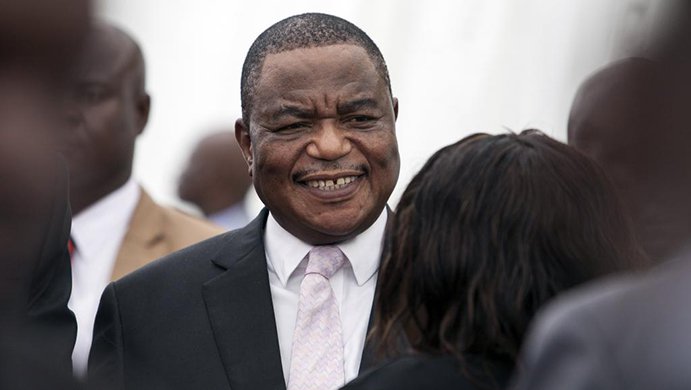 President Emmerson Mnangagwa’s government is considering a cocktail of measures to reduce local production costs, including a reduction in fuel taxes and tax debt cancellation, in a bid to arrest price increases which pose the biggest challenge to its bid to revive the economy.

Economic analysts have urged government to implement a form of internal devaluation in order to reduce the country’s high cost of production and restore competitiveness.

Energy and transport costs are the second and fourth biggest weights, respectively, in the basket used to compute inflation.

With as much as 63 cents per litre of petrol and 50 cents for every litre of diesel going towards government taxes and levies, fuel taxes constitute nearly half of the commodity’s price, a key component in the overall pricing structure for businesses.

Tax on fuel is the second largest contributor to government revenue, after personal income tax, raising about $500 million annually, or 10 percent of the 2018 national budget.

A cut in the tax would significantly reduce business costs and release millions of dollars into the hands of households, for consumption.

It remains to be seen how far government would be willing to go, considering its limited funding sources.

Highly placed sources said government, which is under pressure to turnaround the economy after Mnangagwa took over from former president Robert Mugabe in November, was planning to reduce taxes on petrol and diesel as it seeks to influence a reduction in the prices of consumer goods ahead of elections expected this year.

The government is also contemplating a write-off of outstanding tax debts by the private sector to inject life into ailing companies, the sources said.

The re-introduction of a social contract between government, labour and business was also under consideration, they said.

But they indicated that a reduction in fuel taxes, which have resulted in a high cost of fuel, was likely to be acted upon soon to reduce production costs.

Prices have shot up significantly since last year, compounding the country’s economic woes.

“Chiwenga and central bankgovernor John Mangudya also agreed with industry to revive companies by scrapping their tax debt owed to the Zimbabwe Revenue Authority (ZIMRA),” another source who attended the meeting confided with The Financial Gazette.

“The RBZ governor said it doesn’t make sense for struggling industries, and those that even temporarily closed, to be forced to pay taxes for periods when they were ‘dead’. As such, the government is planning to scrap taxes from as way back as 2009 and allow companies to start on a clean slate,” the source said.

ZIMRA is currently owed over $3 billion in unpaid taxes as companies continue defaulting due to deteriorating economic conditions.

The Financial Gazette understands that other issues also discussed in the meeting included doing away with price controls, the three-tier pricing system, formalising the informal sector and ensuring timely availability of foreign currency to critical areas of the economy.

Chiwenga was said to have reiterated government’s commitment to stabilise the economy by dealing with most factors behind price increases.

One executive who attended the meeting said Chiwenga had promised to reduce fuel taxes without delay.

A top government official who preferred anonymity said the meeting with Chiwenga was “very robust with the business community and government reaching a consensus on the need to re-introduce a social contract and freeze wages and prices for the next six months”.

This has resulted in local petrol and diesel prices being far higher than those in neighbouring countries. The country’s petrol prices are currently around $1,39 per litre, while that of diesel is around $1,25 per litre.

Government also collects a debt redemption levy, introduced to clear a US$170 million Noczim debt, of $0,013 and $0,067 per litre for diesel and petrol, respectively.

The strategic reserve levy attracts a rate of $0,015 per litre for both diesel and petrol.
Prices of many basic commodities, including meat, milk and eggs have risen beyond the reach of many.

Bread prices went up by 10 cents in December but producers were forced to reverse the increase after government intervention.

“We understand that the government gets much of its revenue from fuel taxes, but if they can find alternative means of getting revenue and reduce fuel levy this will result in low fuel prices and consequently low prices for basic goods,” said a petroleum industry player.

Oil prices on the international market declined from $123 per barrel in August 2014 to less than $50 per barrel this week, resulting in regional countries such as South Africa and Botswana slashing their petrol prices from an average $1,40 per litre to less than $0,95 per litre.

However, Zimbabwe’s fuel prices, which are set through a pricing model agreed to between the Energy Ministry, Zimbabwe Energy Regulatory Authority and oil companies, have remained relatively high despite carrying a 15 percent component of ethanol.

The ethanol component was reduced to five percent this week due to declining sugarcane supplies.

There was a public outcry last December when prices of basic commodities went up by an average 100 percent, allegedly due to foreign currency shortages. Presenting the state of the nation address last month, Mnangagwa implored the business community to show restraint and avoid wanton price hikes.
“… such actions raise the appeal of cheaper imports, which has the effect of undermining current efforts to develop the local industry,” said Mnangagwa. The Financial Gazette