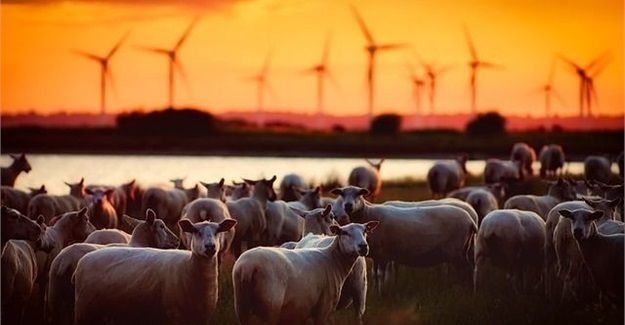 Throughout the year, Stockfarm has covered some of the rehabilitation projects VulPro tackled this year. In May 2017, Marike Brits saw a vulture undergoing surgery to repair a broken wing.

VulPro rehabilitates injured vultures and releases them back into the wild when they have healed, or use them as captive breeding pairs. Stockfarm was once again fortunate to witness a groundbreaking release in November 2017, when 35 vultures were released into the wild in the Nooitgedacht Nature Reserve in the Magaliesburg area.

“What makes this release so significant,” says Kerri Wolter, “is that it is the biggest release yet, not only in South Africa, but globally.” – Ursula Human, Stockfarm

Red meat in the spotlight

On 16 March 2017, the first Red Meat Industry (RMI) workshop was held at the Agricultural Research Council in Hatfield. The purpose of the event was for industry role-players to discuss how the local industry can increase its competitiveness globally. Role-players included livestock farmers, stud breeders, members of government, organised agriculture and researchers.

Discussions were centred around the need for regulatory guidance that will allow the country to improve traceability of red meat, a requirement of many export countries. Alongside this, animal health in the country needs to be improved. A national livestock traceability system was suggested as a solution. Government showed support to the industry in this regard.

In August 2017, the Department of Agriculture, Forestry and Fisheries (DAFF) published a draft document on the registration, approval, traceability and movement recording of animals in South Africa for purposes of disease control. In November 2017, DAFF published a draft document on a livestock identification and traceability system (LITS) in South Africa. Pilot LITS-projects will take place to establish a system that is on par with international standards. – Ursula Human, Stockfarm

In July 2017, Namibia reported outbreaks of foot-and-mouth disease (FMD) in the Zambezi region at Musele Island in the Kabbe South constituency. The ministry’s chief veterinary officer, Milton Maseke, said the disease could affect approximately 1 000 cattle in the area and surrounds.

FMD was also reported in South Africa in August 2017 in the Giyani Local Municipality in Limpopo, which forms part of the country’s protection zone. Three cattle from one owner were immediately isolated. The results identified the outbreak as a SAT 1 strain of FMD. – Ursula Human, Stockfarm

In June 2017, the World Organisation for Animal Health approved a South African developed diagnostic test for African horse sickness (AHS). Previously, results took a minimum of two weeks. The test was developed by Prof Alan Guthrie and colleagues at the Faculty of Veterinary Science’s Equine Research Centre (ERC) of the University of Pretoria.

This test will boost the local horse export industry as AHS has affected South African horse exports since the 1960s. This is an immense achievement from a local research facility with minimal financial support. Prof Guthrie explains: “Diagnostic testing for animal diseases is one of the cornerstones of international trade. Because we can now determine the AHS status of a horse within hours, it can reduce the time our horses spend in pre-export quarantine.” – Press release

An overall increase of 30% was seen in prices for rams and bulls on auctions. Stud breeders are looking for animals with top genetics and are willing to pay for them. The positive increases in the wool price throughout the year also contributed to the increase in the price of Merino rams at auctions. If normal rainfall is received in summer rainfall areas, 2018 could see more good prices for livestock. – Marike Brits, Veeplaas

On 20 May 2017, the first piglets that were conceived through embryo flushing in Africa, were born. This was the first successful transplant in Africa and nine healthy piglets were born. The embryo flush and transplant were performed by Dr Morné de la Rey, veterinarian and managing director of Embryo Plus, who was also responsible for the first transplant in buffalo. The Pig Improvement Company (PIC) of Southern Africa launched the project in conjunction with Embryo Plus. – AgriOrbit

In March 2017, it was reported that ten farms across Nelson Mandela Bay and the Sarah Baartman district municipality tested positive for brucellosis. According to the National Animal Health Forum (NAHF), the disease probably originated from recently acquired animals from another province. These were isolated incidents and not an outbreak.

Two farms in the Chris Hani district and one in the Amathole district also tested positive for the disease, but was contained. There were no concerns over a full-scale outbreak or any danger to human health at that stage. – AgriOrbit

Additional regulatory measures were added to the conditions for Meat Board Permit to Export Livestock from Namibia to South African in May of 2017. All Namibian livestock exported to South Africa may only be transported to the physical destination indicated on this permit and for the purposes stated on the permit.

Any contravention of this condition will result in the automatic suspension of this permit and the suspension of the destination from receiving any further livestock exported from Namibia, and the appropriate action taken against the exporter, transporter and importer. – RPO newsletter

In 2017, several international and local research projects in the meat industry made waves. Locally, two PhD students took South African meat products to the next level with one of a kind research. Maxine Jones completed her doctorate in food science at the Stellenbosch University (SU), focusing exclusively on how to make consistently good-quality biltong.

Sara Erasmus, who completed her doctorate in food science at SU, provided a scientific basis for widely-held claims that there is something unique about Karoo lamb. Her findings helped to ensure that Karoo lamb received exclusive geographic ‘naming rights’ in terms of European Union marketing legislation. – Farmlink

Since April 2017, the application brought by the SA Hunters and Game Conservation Association (SA Hunters) against the minister of police regarding the renewal of firearm licences remained in the news.

This case was concluded. On 4 July, the Gauteng High Court declared two sections (Section 24 and Section 28) of the Firearms Control Act, 2000 (Act 60 of 2000) unconstitutional and ruled that all firearm licences that expired or were due to expire would be deemed valid until the Constitutional Court has reviewed the constitutionality of Sections 24 and 28.

Parliament was given 18 months to amend the Act to meet the constitutional imperatives. A cost order has also been granted in favour of SA Hunters. The SAPS appealed the ruling. The Gauteng North High Court’s decision on SA Hunters’ application to declare two sections of the Firearms Control Act unconstitutional will be heard in the Constitutional Court on 8 February 2018.