Decline of the poultry sector has far-reaching negative implications 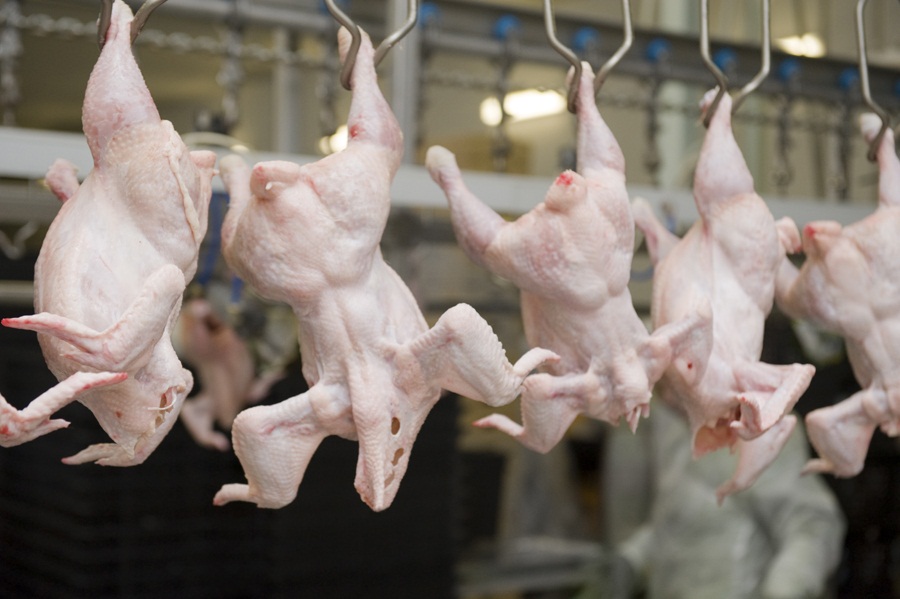 Until a year or two ago, the chicken industry was the largest agricultural sector in SA. It was also the most important market for maize, as animal feed.

The total value of production in the local chicken industry is estimated to be R51bn a year and it consumes two-thirds of the 6.5-million tonnes of animal feed every year. The decline in the chicken industry has far-reaching negative implications and directly damages the grain farmers’ market.

Growth in the local broiler market started slowing drastically about three years ago as a confluence of factors contributed to put pressure on profitability and shrinking of production. Rainbow Chickens dominated the broiler market for years, but has changed its name and is disinvesting from the chicken industry.

One of the most important factors contributing to the pressure on the broiler market in particular is the enormous volumes of below-cost chicken pieces that are being imported as importers strive to force the local industry to its knees for its own gain, under the pretence of bringing in affordable food.

The government has been very slow to support the broiler industry and questions have been raised about the relationships between the chicken importers and state officials.

During the past year or so, the practice of brining has been regulated, with a sharp lowering of acceptable levels, which depressed profits further. The sharp rise in feed prices in the past two or three years also forced a number of smaller producers out of business. Feed prices reached a record high in 2016 but have since dropped.

The cheaper feed has helped the broiler industry regain some profitability for the first time in three years. However, the reality is that the local broiler industry is still losing market share.

The latest setback is the outbreak of the contagious avian flu. The egg industry, in particular, is affected due to the nature of farming methods, which have less stringent biosecurity measures than with broilers. 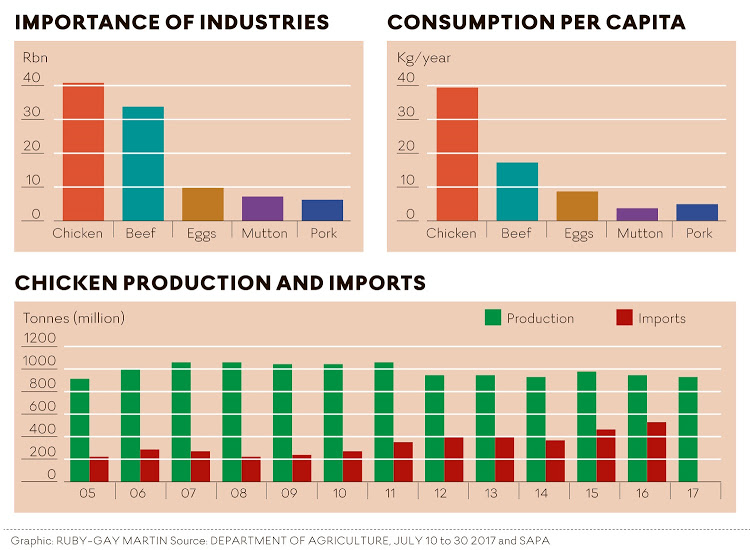 In some parts of SA, egg shortages are already an occasional reality as farmers who had to cull their laying hens are out of production. Those farms have suffered billions of rand in damage.

To make matters worse, certain breeding farms are quarantined and the shortage of young laying hens will apparently last for another year or so.

In the meantime, there is no sign of emergency measures or action plans from the government, which means the industry has to carry the burden itself.

The chicken industry provides the biggest market for maize farmers. The decline of the total chicken industry and the shrinking demand for maize as animal feed presents a big threat to the local maize market. Furthermore, this contraction is happening at a time when the maize industry is experiencing a huge leap in production technology, leading to growing yields, which necessitates exports.

As the local market for animal feed contracts, maize farmers will have to increase their exports exponentially.

Imports primarily comprise frozen drumsticks and thighs, which don’t have much of a market in Europe and the US. This is being imported at very low prices, keeping local prices under pressure.

The problem is the direct result of western sanctions, which banned exports of food products to Russia after the Russians invaded Ukraine.

Russia used to import huge quantities of chicken from the West, but has since started to expand its own production of chicken and pork. This required massive investment in grain production to deliver grain feed, and Russia has had such success with this in the past few years that it has started to dominate the world market for wheat and feed grains. Most of SA’s wheat imports come from Russia at prices 20%-30% lower than US wheat.

Meanwhile, the US and Europe refuse to import South African chicken, especially breast meat. The local industry has tried to remain competitive by increasing its focus on delivering fresh chicken meat to the local market. In this sector, it can compete, albeit with a lower market share.

However, chicken importers are apparently fighting tooth and nail to open the local market even further for their cheap meat, arguing that there are “shortages” in SA that they can supplement. Allowing this would be a foolish policy decision as it will quite simply lead to more permanent damage to the chicken industry and further along the value chain to the local grain and feed market.

Such a move will destroy the local market mechanism, as the point of the market is to deliver a better price signal to local producers to boost investment and production. We face the risk that this won’t happen and that bigger volumes of cheap imports will lead to a further contraction in local production, with the concomitant negative results.

There is little or no proof that the benefits of cheap imports (at about R17/kg, versus local production costs of about R25/kg) are reaching the consumer.

This opens another debate: why are shops not required to mark imported food products clearly — as is the practice in other countries — to allow the consumer to make an informed choice?

The consequence of cheap chicken imports on other producers of meat and proteins should not be underestimated either. These imports depress prices and take market share.

The dominance of chicken over other protein sources is clear. Imports make up about a third of the local consumption of chicken, meaning imports amount to about 500,000 tonnes a year compared with local production of about 1-million tonnes. Imports thus replace about 2-million tonnes of animal feed in SA, which contracts the grain farmers’ market.

• Willemse is a retired University of the Free State agricultural economist, SA Agricultural Union head economist and Maize Board member.

This article originally appeared in Landbouweekblad