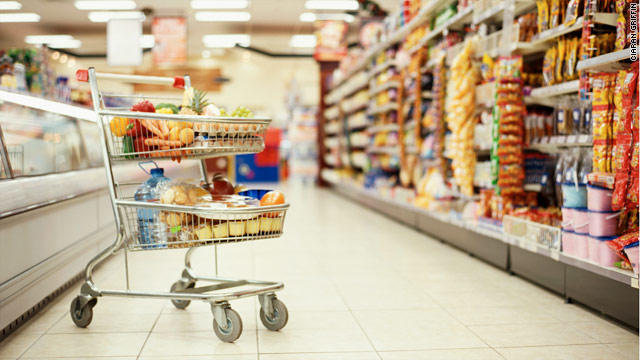 JOHANNESBURG – Good news is associated with prices of household consumption goods falling and bad news with such prices rising.

For me as the Statistician-General, good news are about good methods and bad news is about bad methods.  The results of these methods do not matter although when I get home it matters that the braai pack costs what I did not expect it to. If you have recently noticed the rise in meat prices, you are not alone. Let’s take a closer look at that, as well as other items in the consumer price index with inflation higher than South Africa’s inflation target of 3–6 percent that is used for monetary policy.

In a recent article, Stats SA covered the surprising fact that some prices have fallen during 2017, such as rusks, vegetables, fruit, household appliances and furniture. In this follow-up the flip side is explored.

We consider price changes between August 2016 and August 2017, and more specifically those that were above 6 percent.

The annual inflation rate for meat climbed to 15 percent in August 2017 – the highest since December 2011. A juicy beef fillet will set you back R194 per kilogram, up from R173 in August last year. Beef mince rose by 13.2 percent (from R68 to R77) during the period while mutton loin chop increased 17 percent. 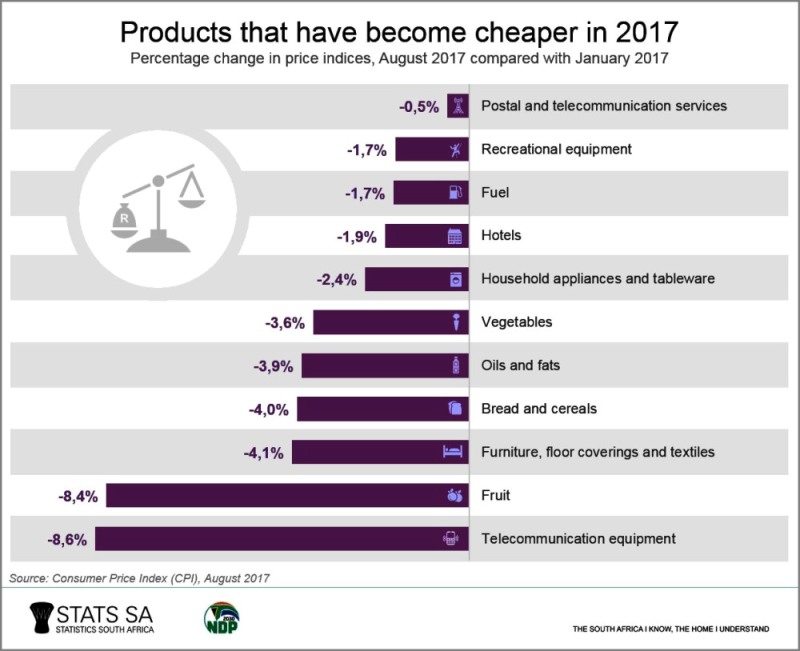 When a severe drought strikes, meat prices tend to go through two distinct phases. Initially, farmers flood the market with herds that they can no longer sustain, stabilising prices and in some cases, driving them down.

However, as the drought wanes and recovery begins, it takes a while to rebuild the herds. During this time, prices go up as supply is unable to meet demand
In the thick of one of the nation’s worst droughts in recent history, average meat prices either fell or were unchanged (month-on-month) in five months during 2015. That was the driest year on record since 1904 when rainfall measurements began. By December 2015, annual meat inflation had eased to 4.1 percent.

Again in 2016 there were also five months in which monthly average meat prices either fell or were unchanged. However, as drought conditions receded, annual meat inflation reached 7.6 percent by December 2016 and 15 percent by August 2017.

There is a possible silver lining to this bad news, however. In stark contrast to meat, vegetables and fruits were cheaper in August than a year ago. So if you’re considering cutting out red meat from your diet in favour of potatoes and bananas, now is a good time. It will be healthier for your budget too.

Apart from meat, there were three other food and drink items with above-target inflation in August 2017. These were sugar, sweets and desserts (81%), hot beverages such as tea and coffee (7.5%), and spirit coolers & ciders (8.1%).

How about the others? Important items in health and education exceeded the inflation target in August. Medical insurance (medical aid) was above target at 10.3 percent as were doctors (6.5%), dentists (6.3%) and medicines (7.2%). All the main education categories were above target, namely primary and secondary school fees (7.6%), tertiary education fees (6.2%) and university boarding fees (8.5%).

The rest of the culprits are shown in the diagram. Top of the list is package holidays (travel and accommodation deals in South Africa) at 24.4 percent, but these prices are volatile and August’s outcome was largely the result of a low base in August 2016. Funeral costs have exceeded the inflation target since October 2016, and in August 2017 they were up by 12 percent from August 2016.

Headline consumer price inflation, which is a weighted average of the many goods and services that Stats SA prices, has been within the inflation target of 3–6 percent since April 2017. In August 2017 it was 4.8 percent.

Across the globe, CPIs are amongst the most closely watched and used economic indicators, and South Africa is no exception. The headline number gets all the attention, but digging into the details is where we find the interesting stories. On Wednesday, Stats SA will release the latest CPI figures for September.

Dr Pali Lehohla is the Statistician-General of South Africa and Head of Stats SA.