Actually, Meat in the U.S. Is Among the Most Affordable in the World

Home / BUTCHER'S BLOG / Actually, Meat in the U.S. Is Among the Most Affordable in the World 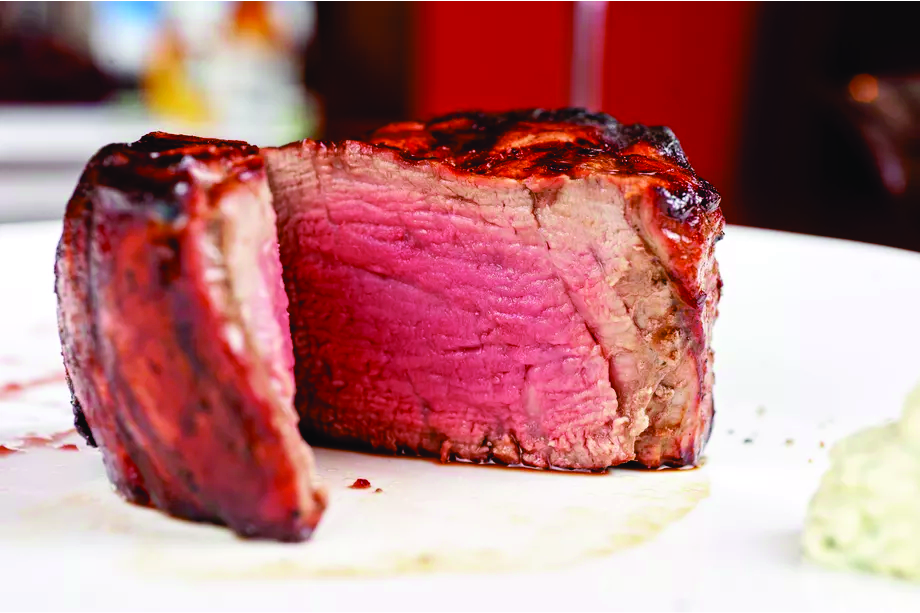 Two pounds of juicy tenderloin may go for almost $40 behind a butcher counter in the United States — and fresh shrimp may be $15 per pound — but compared to what meat costs in other parts of the globe, American prices are not as scary as they sound. Caterwings, a UK-based business-to-business catering service just released its 2017 “meat index” comparing the prices, consumption levels, and affordability of all kinds of meat in countries across the world.

The takeaway: Meat in the U.S. is moderately priced compared to places in Europe, where meat prices are more than twice as high, or in parts of Asia, where many can barely afford it.

Switzerland residents, meanwhile, purchase some of the most expensive meat in the world; beef tenderloin sells for about $29 per pound there, compared to $17 in the U.S. Of the 50 countries analyzed in Caterwings’ study (which compiled the prices of beef, chicken, pork, fish, and lamb in the major cities of the top meat-producing countries in the world), the most expensive meat rankings generally teeter between parts of Europe and Asia. Norway follows Switzerland; after that, Hong Kong, Israel, Sweden, South Korea, and Finland have the most expensive cuts.

Price differences reflect nuances in local economies. One reason meat is so expensive in Switzerland, for instance, is trade tariffs, according to a report from weekly Swiss newspaper Le News. Higher income levels, which includes the salaries of those involved in the production process, are another factor:  Switzerland has one of the highest average income levels in all of Europe, so while food is expensive comparatively, the index shows that even the lowest-paid Swiss can generally afford it.

For the index, Caterwings defined “affordability” using the number of minimum wage or unskilled work hours citizens in each country would have to work in order to afford one kilogram (2.2 pounds) of meat sold there. In Switzerland, the average person has to work three minimum-wage hours to afford two pounds of beef, for instance. Compare that to the United States, where 2.6 hours will earn the same amount.

Meat in Asian countries, meanwhile, is less affordable to the everyday eater. The average cost of meat in Hong Kong is 61 percent higher than the global average, largely thanks to the city’s beef and pork prices. Russell Knight, an agricultural economist with the United States Department of Agriculture, attributes those prices to the fact that most meat in Hong Kong is imported.

“I think [producers] are willing to pay the premium for U.S. beef,” he says. “There’s no agriculture to speak of, so you’re going to have a higher demand for imported agricultural product.” The average Hong Kong resident has to work five to eight hours in order to afford beef or pork there, compared to just over one hour for chicken.

But that’s still relatively affordable compared to other countries in the area, even when the cost of meat is low. Meat in Indonesia, for instance, is cheap (about 38 percent cheaper than the global average), but it’s also among the least affordable in the world, according to the index. Indonesians have to work more than 23 hours to afford 2 pounds of beef (almost three times as much as Hong Kong dwellers and nine times as much as Americans). In China, average meat costs are near the global average but citizens there have to work an average of 19 hours to afford beef, largely imported from the United States.

According to Caterwings, the price discrepancies reveal an “international inequality” in food affordability around the world. “It is clear that international inequality exists,” Caterwings CEO Alexander Brunst said in a statement. “And as the world begins to rethink the implications of globalization, this study clearly demonstrates that food prices ought to be on the agenda.”

But the economics are more nuanced than that, Knight says. Take technology and regulation: Certain additives and treatments used in the United States are not approved in parts of Europe; most U.S. beef products are thus banned from the continent. But at the same time, these scientific advances make meat production more efficient and thus less costly, leading to lower prices and higher affordability where it’s allowed. Many European cattle are also grass fed, while U.S. livestocks consume wheat.

Does the index really reveal an “international inequality” when it comes to meat?

Cultural factors can also impact affordability. Muslim countries like Turkey and Saudi Arabia have a higher demand for halal or religiously certified meat, which adds to labor costs. “I would imagine there would be some sort of premium put on making sure you’re able to secure that supply for your population,” Knight says. Turkey and Saudi Arabia rank as having some of least affordable meat.

Restrictions on imports don’t help with affordability, either. Many U.S. imports are or have been banned in places like Russia and China, for instance, for political reasons. With the United States being a top producer in all meat analyzed by Caterwings except lamb, this means these countries have to turn to other resources to obtain these items, which leads to higher prices for consumers.

Whether due to the higher prices or cultural diets, some countries are also consuming less meat than others, creating less demand. India, known as one of the biggest vegetarian nations in the world, consumes the least amount of meat, according to the index, with Indonesia behind it (Indonesians eat, on average, 24 pounds of meat per person per year; compare that to 185 pounds per year for Americans). The countries that consume the most meat are Australia (246 pounds), New Zealand (233 pounds), and Austria (224 pounds).

But demand and affordability can evolve, which points to another detail hidden from the meat index, Knight says. “With increasing income, people tend to want to diversify their diets,” he says. And that higher demand could mean even higher prices as purchasing power increases: In China, for example, the unbalanced economic boom has fostered local income inequality, which means that wealthy residents’ demand for meat can drive up prices for lower-income diners.

Back in the U.S., restaurant-goers might have noticed in recent months that meat is getting cheaper, resulting in menus that highlight more and more beef. That’s a stark contrast to places like China, showing how meat offers a tiny glimpse into the diversity of food economies across the globe — and the inequalities they may cause or reflect.